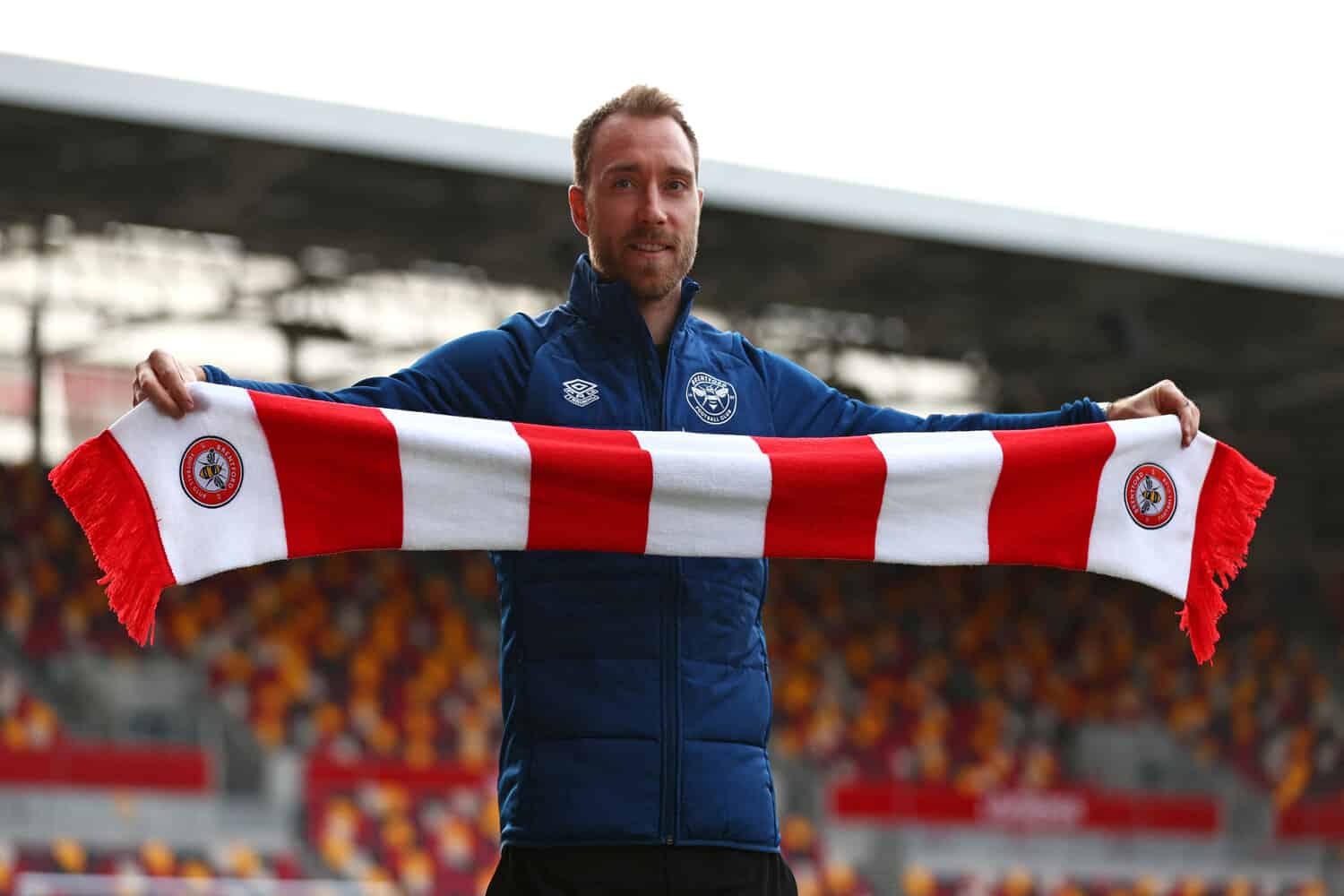 Christian Eriksen is poised to make an emotional return to action with Brentford on Saturday less than a year after the Dane’s shocking brush with death.

Eriksen suffered a cardiac arrest while playing for Denmark against Finland in the European Championship in June.

Now the 30-year-old is in contention to feature in a competitive match for the first time since that horrific incident when Brentford host Newcastle in the Premier League this weekend.

Fighting for his life surrounded by Denmark team-mates, with his partner Sabrina Kvist watching helplessly on the touchline, Eriksen has since admitted he “died for five minutes” before being revived by medics on the pitch in Copenhagen.

Although Eriksen escaped unscathed after being treated in hospital, the ordeal was expected to curtail his playing career.

He was forced to leave Inter Milan by Italian regulations that forbid players with implantable cardioverter-defibrillators from featuring in Serie A.

But the former Tottenham star was determined to get back in action once it became clear there were no risks to his health.

Eriksen trained with the reserves at his former club Ajax in January before linking up with Brentford, whose boss Thomas Frank had worked with the player in Denmark’s youth teams.

Eriksen has been training with Brentford for several weeks and gave a glimpse of his progress in behind closed doors friendlies against Southend and a Rangers XI, providing both assists in the latter match on Monday

Whether Eriksen starts or appears as a substitute against Newcastle remains to be seen, but Frank has strongly suggested the 30-year-old will be involved at some stage.

When Eriksen finally steps onto the pitch at Brentford’s Community Stadium in west London, it will complete the midfielder’s incredible recovery.

He is certain of a hero’s reception from Brentford fans and it will be no surprise if there are more than a few tears shed both in the stands and among Eriksen’s family and friends.

Even Eriksen admits he is surprised at how good his body felt as he stepped up his training.

“I feel very good. It was a tough test in the last week or so with the game against Southend,” he told Brentford’s website.

“I feel like I’m in a good place mentally going into the games and body wise, which is the most important at the moment.

“I’m actually a bit surprised that my body is acting the way it is. Of course I’ve been training hard but I didn’t expect be as good as I feel now. It’s definitely something very positive.”

Frank has described his delight at watching Eriksen during training, as the midfielder displays the same carefree joy he played with during their time together in Denmark.

His debut could provide a boost for Brentford, who have taken just one point from their last seven games to drop dangerously close to the relegation zone.

But, having survived his near-death experience, Eriksen is just relishing the simple pleasures of his sporting passion.

While the life-changing incident has left physical scars on his body, he feels mentally refreshed by the familiar rhythms of training with his team-mates.

“I feel the same excitement, the same love for touching the ball and being involved and playing football in general,” he said.

“It’s what I’ve been waiting for over a lot of months. Being out there with a team is something very pleasing and very comforting.”