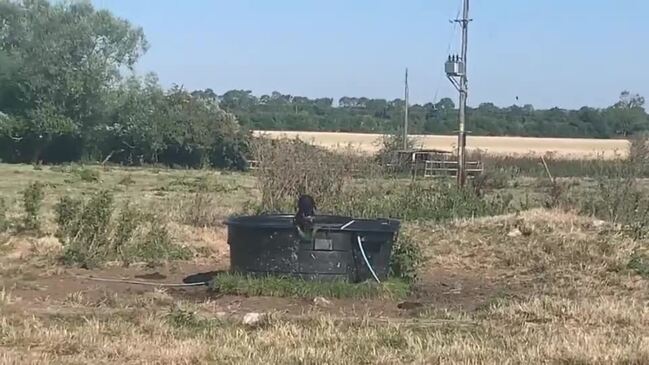 A dog named Meg leapt into a pool in southwest England on August 12 as the temperature reached 93 degrees Fahrenheit (33.9 Celsius) in the region. The UK government said on Friday that southwest England was seeing its “driest summer in 50 years.” The UK Environment Agency said that North Wiltshire, where this video was filmed, “moved into drought, due to record prolonged dry weather and high temperatures.” Liz Webster, Meg’s owner, said that she “takes regular dips in her own private plunge pool” to cool off. Webster found her other dog, Gus, “asleep in the shower” amid the heat wave. An amber warning for extreme heat was issued for southern England through Sunday. Credit: Liz Webster via Storyful