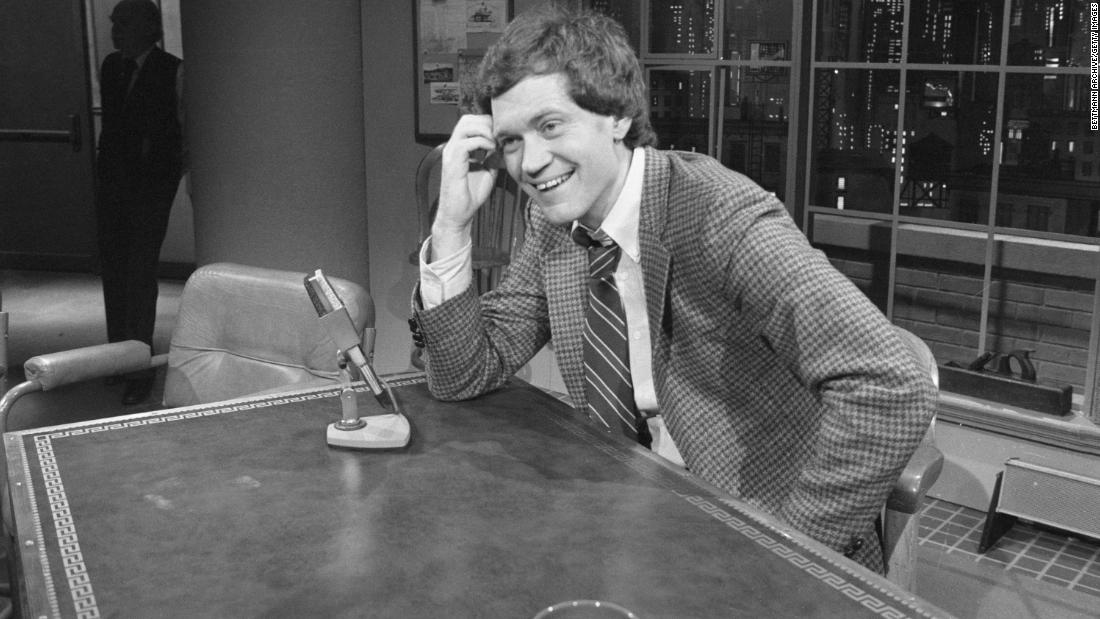 My admiration for Letterman lasted a lot longer than that relationship, and the fact that his “Late Night” debut came 40 years ago feels like another one of those “Where did the time go?” wakeup calls, only on steroids.

Yet the news that the famously cranky Letterman would rather sentimentally revisit “Late Night,” now hosted by Seth Meyers, to commemorate that anniversary also brought to mind that the 12:30 a.m. slot where I first discovered him was where it felt like he always belonged.
Despite all the ink spilled regarding the latenight wars and the Letterman-Jay Leno succession battle over “The Tonight Show,” it never entirely computed to my college self why a guy like Letterman (and later Conan O’Brien), given the abundant freedom that “Late Night” provided, would thirst for a promotion to what felt like the corner office.
To understand that mentality requires thinking back to the early 1980s, when Letterman forged his bond with fans. While Letterman grew up idolizing Johnny Carson (who I came to admire later), back then, “The Tonight Show” felt like something that belonged to my mom, not me.
Conversely, every time I tried to show my mother Letterman, she had no use for him. Stupid human tricks? Throwing watermelons off a building? And what on Earth was funny, to her, about a strange little guy called Larry “Bud” Melman?

Letterman’s irreverence felt perfectly calibrated to the younger audience that watched him and didn’t need to worry about staying up past 1 a.m.

I was out of college, and already working for Variety, when Carson announced that he was leaving “The Tonight Show” in 1991. But even then, the fact that Letterman desperately wanted to replace him and move up to 11:30 seemed oddly conventional, as if he didn’t entirely grasp the roots of his appeal.

Would he be allowed to be as wacky, and take the same chances, at an earlier hour? And if he had to tone it down or broaden the show, would the then-college-age crowd that watched him feel as if he had, for lack of a better term, sold out?

As it turned out, I was both right and wrong about that. Letterman successfully moved to 11:30 by jumping to CBS, although after a strong start, the fact that Leno consistently beat him in the ratings felt like a partial validation of my skepticism. Letterman might be a comedic genius, but it always appeared to rankle him — and befuddle many of his fans — that more people preferred nodding off to sleep with the more vanilla-flavored host in that hour.

The pattern, moreover, seemed to replicate itself with O’Brien, who never really had a fair shot at “The Tonight Show,” but whose act, like Letterman’s, probably played better in the post-midnight window with all the goofy latitude that entailed.

Both Letterman and O’Brien’s latenight trajectory has always brought to mind the wisdom of the late Pat Faulstich, an agent and TV executive who wrote down various unspoken rules regarding life in Hollywood, including one that particularly applies here: “The best job you’ll ever have is the one that precedes the one you always wanted.”

The hosts clearly didn’t see it that way when it came to “The Tonight Show.”. But for those of us who discovered Letterman before we entered the 9-to-5 rat race, back when his show actually began the next day, it sure looked like a job that, in several key ways, couldn’t get any better, and maybe never did.