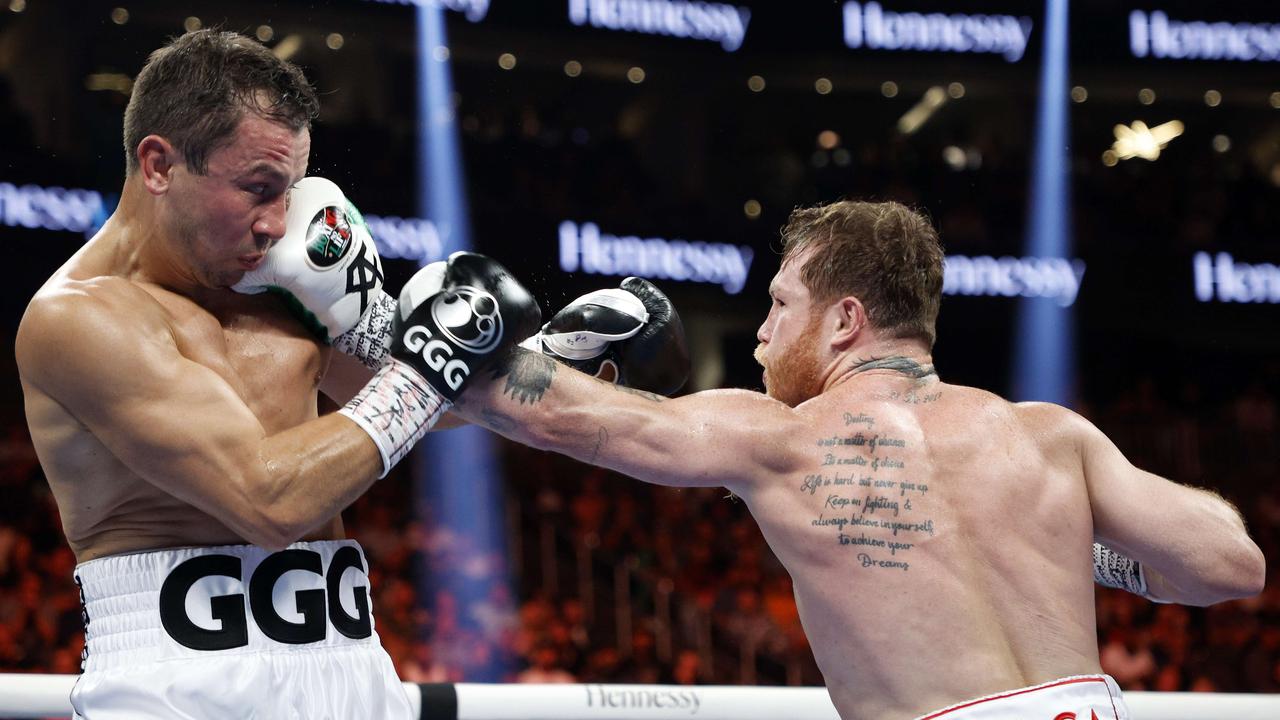 The day the fight world has been waiting for is finally here with Canelo Alvarez and Gennady Golovkin squaring off once again.

Boxing has had to wait four long years for the trilogy fight to finally come together and the rivalry exploded inside the T-Mobile Arena in Las Vegas.

Both fighters will walk out to the ring already knowing they will receive an insane payday.

According to boxingscene.com, Alvarez will pocket more than $66 million, while Golovkin will walk away with $30 million

The pay discrepancy is no surprise, but it is just one more source of motivation for Golovkin, who has been on the wrong end of two controversial judges decisions in their previous two fights.

A win for Golovkin will solidify his historic career while Alvarez will look to capture a win and put beyond doubt he belongs among the greatest of all time.

As Golovkin made his way to the ring, a promo video played over head which contained the line “champions don’t cheat”, a blatant shot at Alvarez.

ROUND BY ROUND UPDATES

Round 1: A feeling out process to get the highly anticipated fight underway with both men ducking and weaving without anything major being thrown. Alvarez a tough more active which gives it to him. 10-9 Alvarez

Round 2: Alvarez loosening up a bit more and landing some bigger shots in the second round as Golovkin does his best to duck out of the way. The challenger continues to work behind his jab. 10-18 Alvarez

Round 3: The champ ramped up the aggression in the third as he once again landed the heavier blows. Golovkin’s tentative nature in this bout is digging him into an early hole. 30-27 Alvarez

Round 4: Alvarez’s speed and precision is causing problems for Golovkin as he eats plenty of shots resulting in a mark appearing above his right eye. Alvarez 40-36

Round 5: Golovkin getting abused through the opening five rounds and failing to put any hurt on Alvarez who laneded the most punishing shot of the fight with a big overhand right that rattled the challenger. Alvarez 50-45

Round 6: Much of the same through the sixth round for Alvarez although a bit more activity from Golovkin, still unable to land anything of prominence. Alvarez 60-54.

Round 7: Golovkin showing every bit of his age in this fight as Alvarez proves an impossible opponent to land a punch on as the champ continues his dominantion. Alvarez 70-63.

Round 8: Alvarez just continuing to assert his dominance. Golovkin attempting to push the pace, but he simply cannot land anything punishing on the champ. Alvarez allowing him to get inside but his countering is working. Alvarez 80-72.

Round 9: Golovkin finally let his hands go and came to life in the ninth round as his action brought the Vegas crowd to life. Alvarez wore the blows and responded emphatically with a big right hand. Alvarez 89-82

Round 10: A slower round after the action in the ninth, Alvarez takes it with the only prominent shot of the round a hard left hook to the midsection of Golovkin that hurt the challenger. Alvarez 99-91

Round 11: Golovkin has cut the champ with a little gash above his right eye as the challenger begins to loosen his hands in the late rounds. He’ll need to go large in the final round if he wants his hand raised. Alvarez 108-101

Round 12: Another prominent round from Golovkin, but it was too little too late as Alvarez secures the win on our scorecards after his dominant opening eight rounds. Alvarez 117-111.

Four years after their rematch, which ended in a controversial majority decision win for the Mexican, the two multi-weight warriors will come to blows again.

In 2017, the pair met in the ring for the first time, and that also controversially ended in a draw, despite many commentators scoring the fight for Golovkin.

The Kazakhstan fighter finally has his chance to avenge those decisions, but he is doing so with the disadvantage of stepping into the ring at the age of 40.

Golovkin surprised the boxing world on Saturday when he weighed in heavier than Alvarez in what will be his first championship-level fight above 160-pounds.

Canelo weighed in at 76kg, with GGG just 200 grams heavier.

Alvarez is coming off a shock defeat at light-heavyweight and has returned to middleweight for Golovkin re-match where he is putting his super-middleweight WBA, WBC, IBF, WBO and The Ring middleweight titles on the line.

Alvarez has been warned that his legacy is in danger if Gennady Golovkin wins the third fight of their epic trilogy in Las Vegas on Saturday.

The Matchroom promoter said: “If Canelo loses I think he’s in a terrible position coming off back to back defeats. He was pound for pound number one, all of a sudden, you probably put him outside of the top 10 if Golovkin wins.

“It will be such an epic fight and victory that everyone will want to see it again. (Golovkin) has already shared 24 rounds with Canelo. He knows how to fight him. It’s not like he’s got to go in and find out the best way to beat him on the night.”