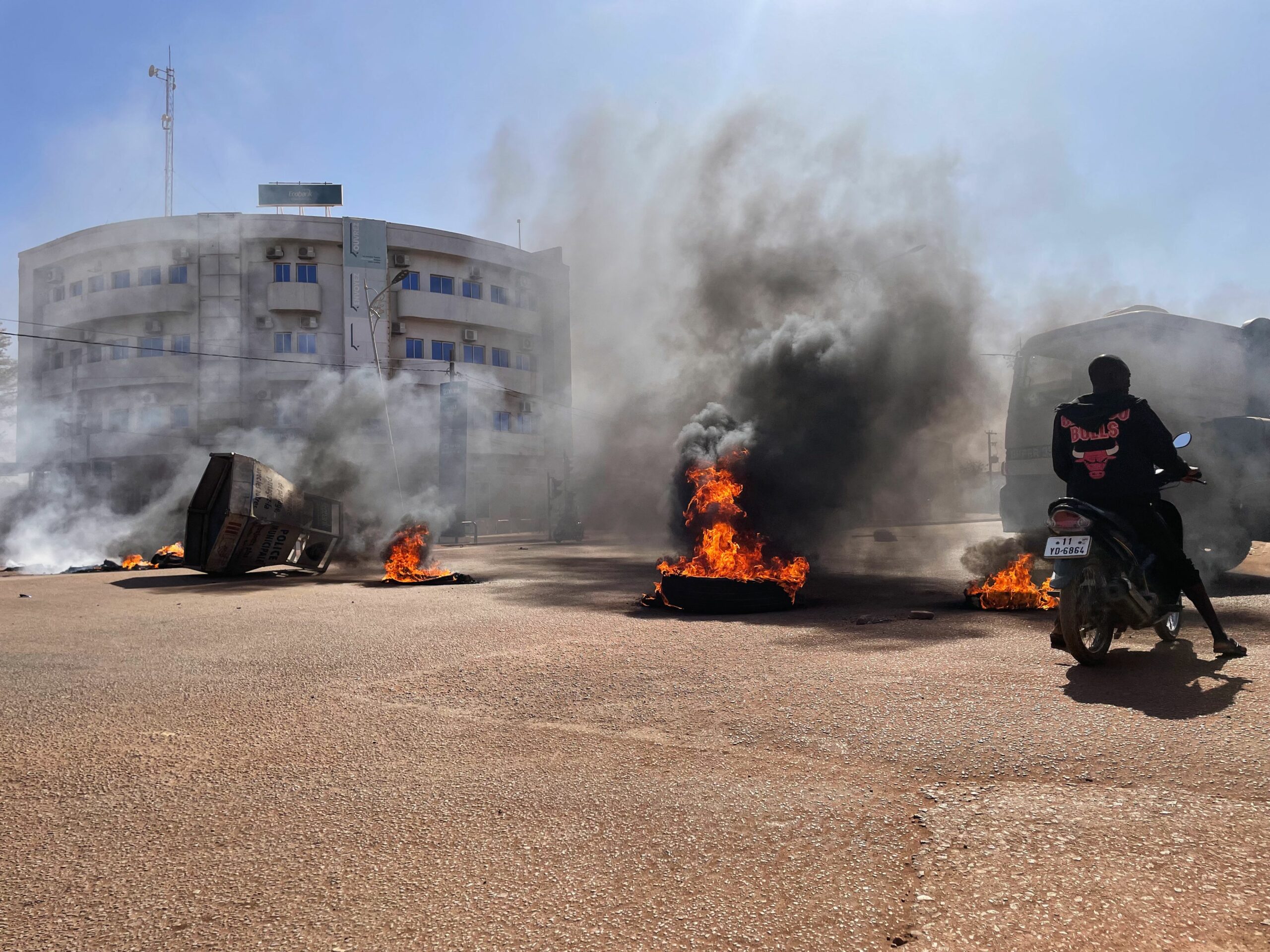 On the streets of Ouagadougou, people cheered the coup leaders who ended President Roch Kaboré’s administration on Monday. Outside Burkina Faso, international and regional bodies were quick to condemn the coup. Burkinabé political organisers, however, have been far less sure about how they feel.

Two days after soldiers led by Lieutenant-Colonel Paul-Henri Sandaogo Damiba took power, more than a thousand people gathered in the national square in Ouagadougou to show their support for the military junta. Pro-putschists also paraded in the streets of Bobo-Dioulasso and Kaya.

“It was an expected coup. I call on Burkinabé to support the new authorities for the return of peace and for reconciliation between Burkina Faso people,” said Marcel Tankoano. He had organised a Saturday march against both Kaboré and Economic Community of West African States (Ecowas) sanctions against Mali’s military junta, but the government banned it.

The Burkina Faso situation had been deteriorating for several months, starting with the Solhan massacre in June 2021. Marauding militants linked to al-Qaeda and the Islamic State attacked Solhan, a mining town in the country’s Sahel region, and executed at least 132 people. Residents who buried the bodies put that number at closer to 160. With sentiment growing that he was failing grossly at countering terrorism, calls for Kaboré’s resignation began.

Then, in August 2021, a convoy was attacked in broad daylight at Gorgadji on the Dori-Arbinda Road. Some 180 people were reportedly killed. The last straw, however, for both the national army and Burkinabé, was the November incident in Inata: 57 people were killed,including 53 soldiers who had been starving for days and waiting to be replaced by a contingent that was delayed. The government had allegedly ignored calls for supplies and reinforcements.

In the wake of the Inata incident, Kaboré demanded an investigation, reshuffled his cabinet, replaced the chief of staff of the army, appointed young officers to head most of the army’s structures and carried out a cabinet reshuffle.

In retrospect, this was a tactical error. One of the younger officers promoted in December was Damiba, who led this week’s coup, and the reshuffle eroded support within his own political party.

By the eve of the coup, Kaboré’s hold was threadbare. When the government banned the Saturday march against him, demonstrators set fire to a ruling party building. On Sunday, Ouagadougou woke to the sounds of heavy gunfire coming from the Sangoulé Lamizana military camp. On that cold morning the same sounds echoed through the cities of Kaya, 100km away, and Ouahigouya, 200km away. The army was mutinying.

By Monday evening, Kaboré had resigned and — like Mali and Chad, two other Sahel countries — Burkina Faso was under military rule.

Regional bloc Ecowas says it considers Kaboré’s resignation to have been obtained under threat and intimidation, and has suspended Burkina Faso. The G5-Sahel, African Union, European Union, United Nations and France have all condemned the latest putsch.

In Burkinabé, it’s more complicated. In 2015, citizens had mobilised to resist a coup attempt by soldiers loyal to Blaise Compaoré, whose 27-year rule had been ended by popular protests the year before.

But this week Bassolma Bazié, a prominent trade unionist who led the protest against the 2015 coup, said: “An armed intervention in a democratic process is generally a consequence of governance by ambush [corruption, crimes, state lies, arrogance, complacency, violation of freedoms, failure to keep commitments etc].”

He said that not dealing with the causes of the coup would ensure another one.

This article first appeared in The Continent, the pan-African weekly newspaper read and shared on WhatsApp. Download your free copy here