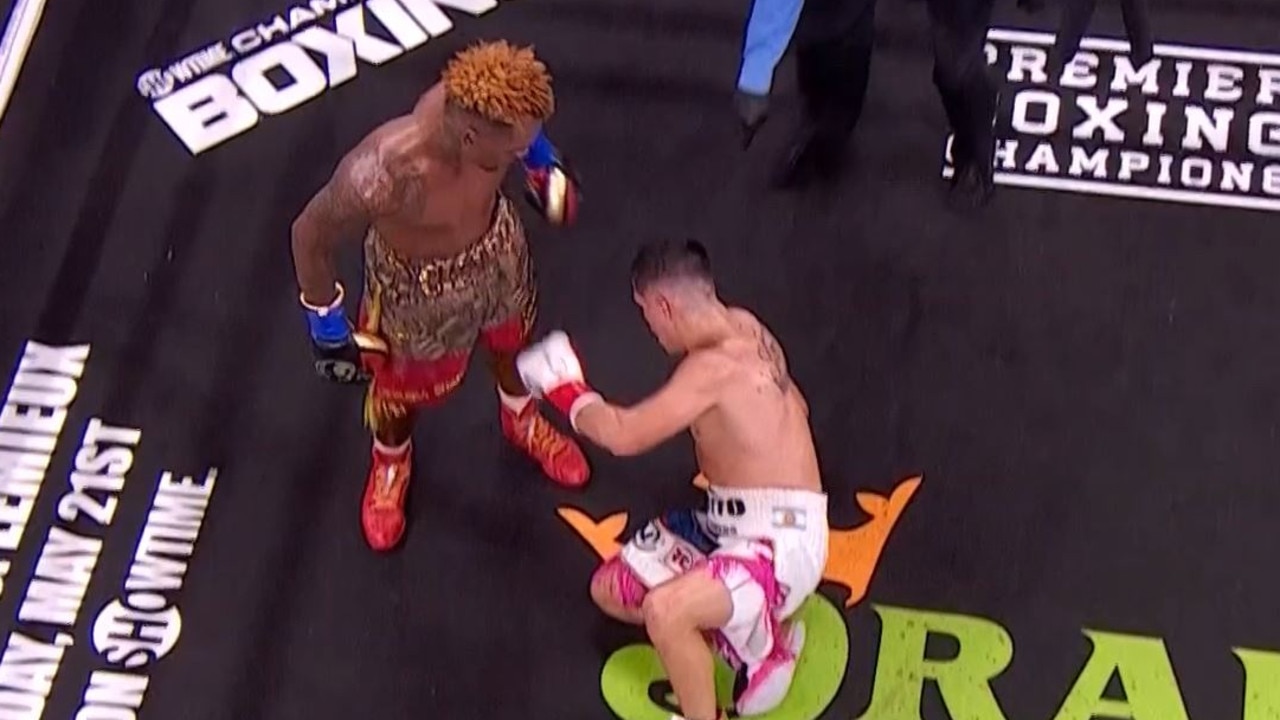 Jermell Charlo has made a huge statement with an emphatic victory in his highly-anticipated world title rematch with Brian Castano.

Jermell Charlo is the undisputed king of the super welterweight division after he defeated Brian Castano in an epic rematch on Sunday (AEST).

The pair’s first fight ended in a draw last year and Charlo was out to make a statement remind when he took on Castano for the second time in California.

Watch Charlo vs Castano 2 LIVE on Main Event available on Kayo & Foxtel, Sun 15th May from 11am AEST. ORDER NOW >

It was a thrilling back-and-forth battle fitting of its blockbuster status as Charlo and Castano traded blows in the opening rounds.

There was nothing in it halfway through fight as fans pondered if the could be headed to another draw.

But Charlo upped the ante in the seventh round and Castano couldn’t quite go with him as he copped a barrage of blows but somehow pushed on.

Main Event commentator Ben Damon tweeted: “This is an outstanding fight! Brian Castano’s chin is not of this world!”

Charlo went for the kill in the 10th round and a brutal left hook to Castano’s temple was the decisive blow as the Argentine was left dazed and fell to the canvas.

Castano barely survived the standing eight count but he only lasted a few more seconds as another heavy shot from Charlo knocked him down and the referee stopped the fight.

when at the time of his KO in the 10th round.

It was an emphatic result for the American, whose status as the king of the 154-pound division came under question following his draw with Castano.

Tim Tszyu is the mandatory challenger for the WBO world title and has made no secret he Charlo would be his preferred opponent, partly because he is a bigger name and has repeatedly dismissed the Australian.

The 27-year-old has repeatedly made it clear he wants his next fight to be for a world title and travelled to the US to watch the fight ringside and eyeball Charlo and Castano.

“I’m hoping Charlo wins, just because I’d love to fight him and smack him out,” Tszyu told Showtime before the fight.

He then tweeted after the fight: “Great fight and great win for Charlo. Ready when you are @TwinCharlo.”

“Tim Tszyu is the mandatory challenger for the winner of this match-up.”