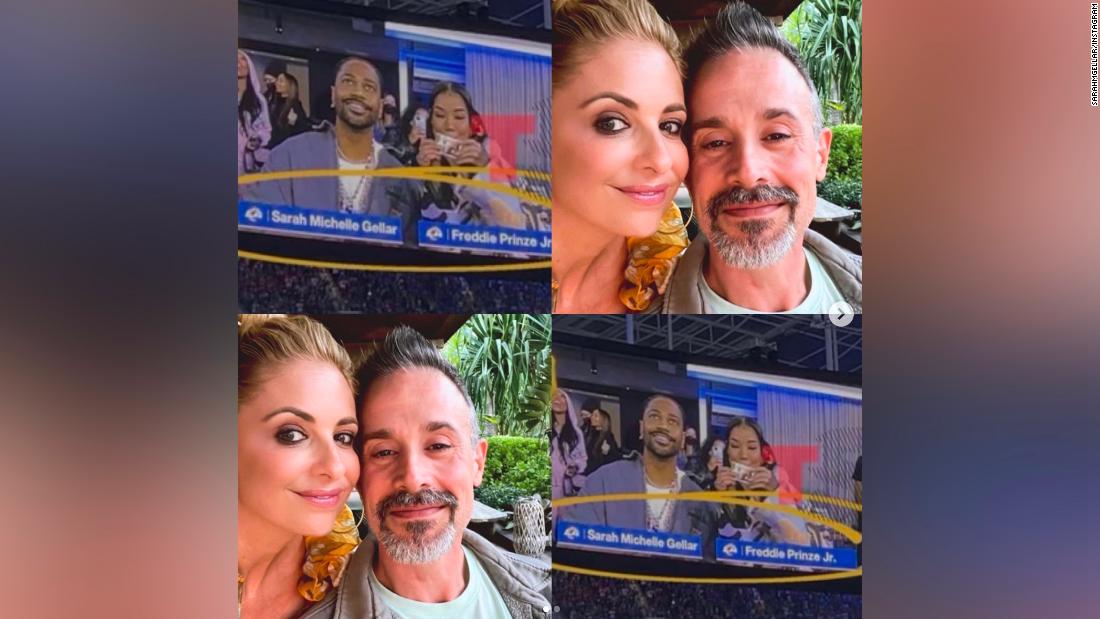 The “Buffy the Vampire Slayer” star had a hilarious reaction to the moment celebrity couple Big Sean and his girlfriend Jhené Aiko were mislabeled “Sarah Michelle Gellar” and “Freddie Prinze Jr.,” respectively, by the Los Angeles Rams’ jumbotron on Sunday.
Geller shared a screengrab of the blunder along with a picture of herself and Prinze, whom she married in 2002, with her 3.7 million Instagram followers, adding the caption: “@bigsean do you get mistaken for me as often as I get mistaken for you?”

Big Sean responded to the case of mistaken identity in the comment section, writing: “Makes Sense.”

One fan wrote: “I personally couldn’t tell the difference between you two,” while another insisted the gaffe was “a TV show in the making.”

In a comical twist, Gellar had attended the game with her pal Elsa Maria Collins. Prinze, a fellow actor and host of the “Wrestling With Freddie” podcast, wasn’t even at the game.

As the Los Angeles Rams cruised to victory over the San Francisco 49ers to secure the NFC Championship and a spot in Super Bowl LVI, the mother-of-two continued to joke about getting misidentified on national television on her Instagram story.

“‘Um… my big moment at the game?!?” the actress captioned another snap of the “Mercy” hitmaker and his girlfriend. “It’s funny though… not the first time I’ve been mistaken for Big Sean.”

Big Sean also posted several photos from the game on his Instagram stories, including one of himself and Aiko looking confused while staring at the Jumbotron.