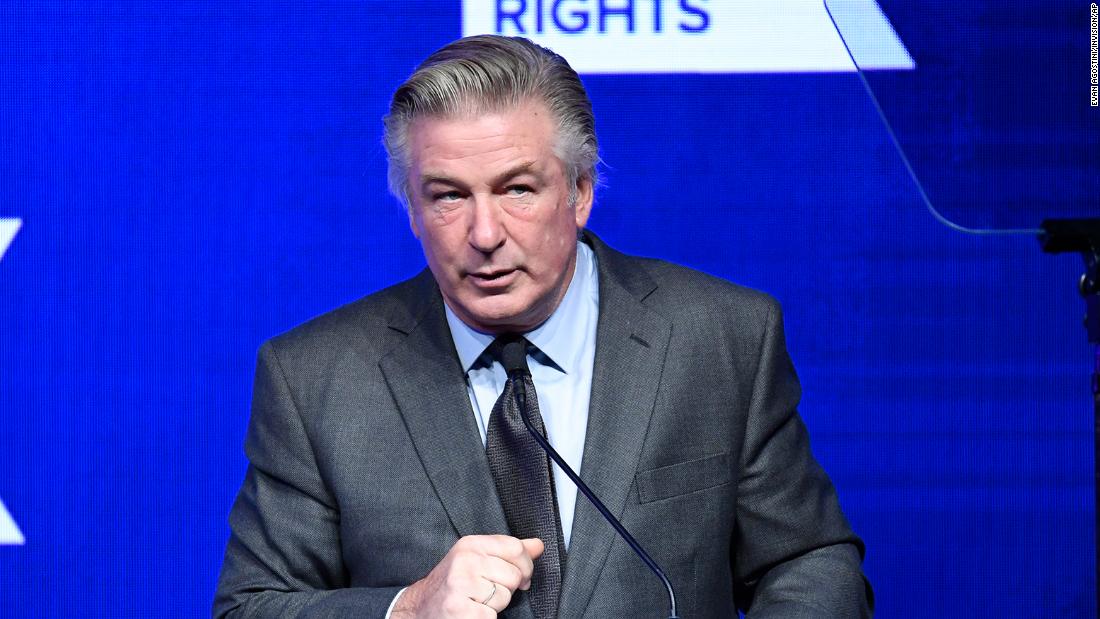 “This is a process,” the actor said, adding part of the process involves investigators from another state having to go through the state he lives in to make a request for his phone.

“They have to specify what exactly they want. They can’t just go through your phone and take, you know, your photos or your love letters to your wife or what have you,” Baldwin said in a video shot in the driver’s seat of a parked car.

“But of course, we are 1000% going to comply with all that. We are perfectly fine with that,” the actor said.

He went on to add he is “working toward, insisting on, demanding” the truth about what happened.

Hutchins was fatally shot October 21 during a rehearsal for a scene in a church at Bonanza Creek Ranch. Director Joel Souza was also injured in the shooting.

Baldwin told ABC’s George Stephanopoulos in December the scene was going to show Baldwin cocking the gun and he and Hutchins were going over how she wanted to position his hand before the gun went off.

“I’m holding the gun where she told me to hold it, which ended up being aimed right below her armpit, was what I was told,” Baldwin said at the time, adding, “I would never point a gun at anyone and then pull the trigger.”

Officials are looking to obtain messages, call logs, digital photos and videos, as well as any private messages sent on social media platforms in relation to the production of “Rust,” the warrant said. It also looks to obtain any deleted videos, photos and messages on the phone having to do with the movie.

In another video posted on his Instagram earlier this month, Baldwin expressed gratitude for the support he received since the shooting incident and said it “has been, surely, the worst situation I’ve ever been involved with.”

“I’m very hopeful that the people in charge with investigating this whole thing get to the truth as soon as possible,” he said in that clip. “No one wants the truth more than I do.”

Baldwin’s civil attorney, Aaron Dyer, said last month Baldwin was cooperating with authorities and they were confident the evidence will show the actor was not responsible for what happened.

Hannah Gutierrez Reed, the armorer on the set, told authorities she loaded the gun with dummy rounds. The box of dummies may have had some “wonky” rounds, she said.
Two crew members have told CNN Gutierrez Reed mishandled weapons on a previous film project.