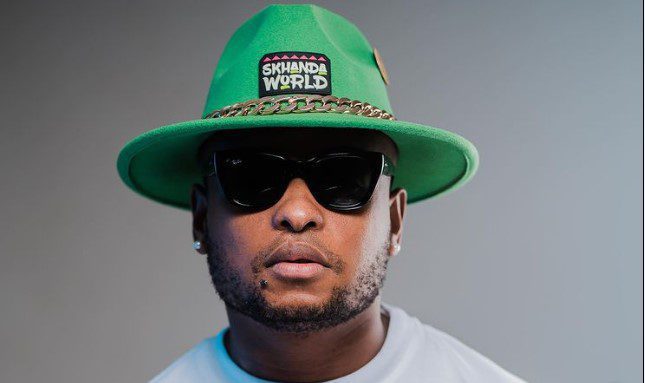 Award-winning hip-hop juggernaut K.O has slapped Gauteng premier David Makhura and two production houses with a R5-million defamation lawsuit after they used him as the face of Covid-19 without his permission.

Makhura is the first defendant while Benya Media and Digital Characters are second and third respondents, respectively.

K.O, real name Ntokozo Mdluli, has given the defendants 10 days to state if they intend to oppose the suit. After doing so, they must file papers of intention to defend within 20 days.

In the court papers, which we have seen, the former member of the award-winning hip-hop hybrid Teargas said the premier published a video titled Kronikles of Hip Hop on social media platforms portraying him as the Covid-19 virus, which decimated millions of people across the globe and tanked economies.

The muso said the video, whose copyright is owned by Characters Media, contains the following words: Hey! My boy! Tjo! Tjo! Tjo! Eazy. So many people. We have meat over there. I am going to have a good time infecting. Where there is a lot of people gathered, I’m there to infect them. Hey! hey hey! Can everyone in the house shout Covivi. Yeah you don’t see me, I’m going to infect 50 of you. And you will infect a hundred others. I’m pushing! The numbers are increasing. Ha! Ha! Ha!” read the papers.

He further said the video, which was used as an educational promo to teach Gauteng citizens about observing Covid-19 protocols, received about 284 000 views and 2 800 comments and retweets, as well as 2 700 likes on Twitter alone.

He added that the video, published on Characters’ YouTube channel on August 14 2015 subtitled “witness the return of the mischievous K.O as he is reunited with his arch-nemesis”, was made public by the office of the premier and Benya Media without his knowledge and consent.

“The use of the plaintiff’s image as the face of the novel Covid-19 and or coronavirus is unlawful and unconstitutional. It is not in the public interest that the plaintiff be made the face of a virus that has caused economic and social hardship across the globe,” read the papers.

K.O, who said he was previously a victim of information peddlers who disseminated information about his HIV/Aids status, explained that the use of the video has infringed his right to human dignity.

“The plaintiff feels insulted and abused, and his self-esteem is impaired as a result of their [defendants] conduct. The plaintiff finds the video degrading, humiliating, insulting and reflects the plaintiff in a bad light and does not reflect the true state of affairs.”

He said if the premier had approached him for permission, he would have refused to be associated with the campaign, as it infringes upon his brand which he built and maintained over many years.

K.O, who alleges that he has no cash endorsement and sponsorship worth R300-million, said he sent a letter of demand to the office of the premier and to Benya Media in July 2020 expressing his concern, but they failed to reply.

The artist, who also claims he generated at least R300 000 from live shows when the video was made public, said he issued another letter on May 16 demanding R5-million within 14 days, but the defendants failed to comply.

Makhura’s spokesperson Vuyo Mhaga asked for written questions but had not responded at the time of publishing.

K.O confirmed that he has filed a lawsuit against the premier, Digital Characters and Benya Media, but said he is unable to comment as the matter is sub judice.