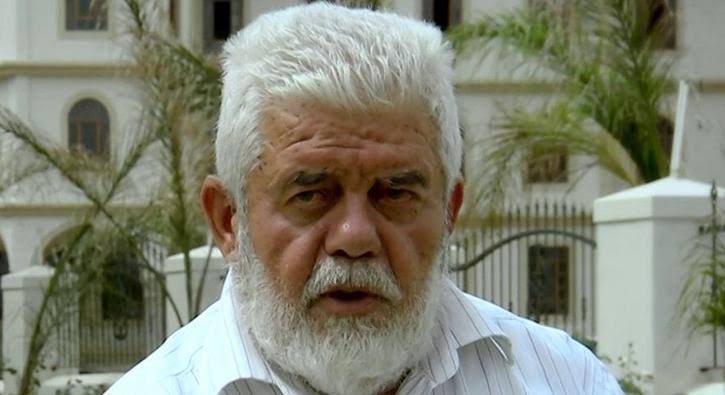 Sixteen years ago, I was at OR Tambo International airport, waiting for a gentleman named Ali Katircioglu. I had heard a lot about him but had never had a chance to meet him. He was about to arrive in South Africa to build a marvellous structure, both to showcase Turkish culture in South Africa and to promote intercultural exchange and dialogue.

He had intended to make this dream come true in the US but, because of all kinds of official challenges and obstacles there, his spiritual leader and good friend Fethullah Gulen advised him to build the amazing complex in Nelson Mandela’s land, which motivated Uncle Ali to come to South Africa.

The day he landed at the airport is a day I will never forget. He had a loving smile and the affectionate way he had of speaking to people in his new home was what set him apart. On that day, this land was his homeland, and his soul, too, would rest in this land.

Alongside his light luggage, he brought a big project, entailing a mosque for 7 000 people, surrounded by shops and restaurants, and a boarding school.

It was a challenge for him and his friends to get the permissions for this giant project. However, the day he met Mandela in 2006 was a turning point. Mandela liked what he was trying to do, and requested him to add a clinic to the project, to which Uncle Ali happily agreed. Today, that clinic today provides free healthcare services to 400 people daily, which indicates how right Mandela was to make his request.

Then it was time to decide on the location of the complex. Uncle Ali himself was the one who chose the Midrand area. Midrand, then, was a quiet suburb on the outskirts of Johannesburg, yet he foresaw that it soon would turn into a centre for commerce. Indeed, starting to build the mosque was a step toward change in the area.

Despite his advanced years, he attended all the meetings around the construction of the complex. He spent all his time on paperwork and appointments about the complex, which necessitated frequent trips between Turkey and South Africa.

Uncle Ali decided to reside in South Africa after the construction started, as it had become very difficult for him to travel. He bought a caravan and parked it on the site. That was where he lived until construction was completed in 2012. This alone tells us a lot about his humbleness. A man who was wealthy enough to buy a five-star hotel for himself was staying in a small caravan at the construction site, eating simply, and very little. All he wanted was to complete the complex while he was still alive, so he could serve South Africa and South Africans.

He always used to tell me how he loved Africans and how he missed them when he had to travel. Even when he went to visit his home and family in Turkey, it was difficult for him to stay there for more than a week, and he would come back to South Africa as quickly as he could.

He was affectionate, especially to the people of Africa who had been oppressed during apartheid. During the construction phase, I went with him many times on visits to Soweto and Tembisa, with gift bags full of toys, clothing and food to give out to the people of those townships. He used to tell his friends how helping Africans made him happy and he felt blessed to be able to spend his wealth on them.

Fethullah Gulen Hodja Efendi recommended the name “Nizamiye” for the comlex. Construction of the Nizamiye Complex was completed in 2012 and it was launched that September, with hundreds of guests from all over the world. Turkey’s minister of commerce at the time, as well as then Gauteng premier Nomvula Mokonyane and president Jacob Zuma, attended the event.

It was a day Uncle Ali had been dreaming about for years. He shed tears of happiness during his short speech. He thanked all South Africans for helping make his dream come true. It was an honour for him to fund and oversee the biggest mosque, not only in South Africa, but in the Southern Hemisphere.

The Nizamiye Complex, which has a mosque, a school, a shopping centre and a clinic, is a place anyone, no matter their religion or culture, can visit. After a short time, it became a landmark inJohannesburg, acknowledged by the department of tourism as a tourist site.

For the last six years of his life, Uncle Ali could not return Turkey because of the political situation there. When a large part of his wealth was seized by the government, he said only: “God took the wealth that He gave me. I was born to a poor family; now I will leave this world with nothing, just like the day that I was born.” He had always led a modest life, so his lifestyle did not change when his wealth was confiscated. However, he was deeply saddened by the persecution and oppression of innocent people in Turkey.

After the unlawful seizure of his properties and money, he spent what was left on the people of South Africa. He continued to sponsor tens of students from townships, feed hundreds of people every day during the holy month of Ramadan and distribute hundreds of food parcels in Tembisa daily.

In addition, he funded an extension to Adams College in Durban, built a community centre in Tembisa and a mosque in Daveyton. He hosted politicians, academics, media people and people from other religious groups every day, and never forgot to give them a gift. He communicated with people in English but his language was beyond any language in the world, it was the language of love.

Uncle Ali lost his wife in June 2022 after a marriage of 63 years. He had not been well since then, as it was a great sorrow for him to be without the woman with whom he had spent more than half a century.

His love for this country was deep and genuine. The things he did for South Africa are a true indication of this love. It was his choice to live in South Africa, and serve South Africans, although he had the opportunity to live in the US or Europe. As a man who spent every single cent in his pockets on Africans for 16 years, all he wanted was to be a citizen and have a South African passport, not to be able to travel, but to be a true South African.

I think it was a mistake not to make the last wish of this great human being come true, as he deserved to be a South African.

I spoke to many prominent government officials, including Minister of Home Affairs Aaron Motsoaledi, both face to face and on the phone, yet they were unable – or unwilling – to help him become a South African citizen.

Now it is time to pass on his legacy. He will be dearly missed by thousands of people, black and white, rich and poor, Muslim and non-Muslim. There might not be another Uncle Ali, but the children he helped get an education – all the people who he looked after – will pass on his legacy for a better South Africa and a better world.

Mustafa Eroglu is the secretary general of the Horizon Education Trust.