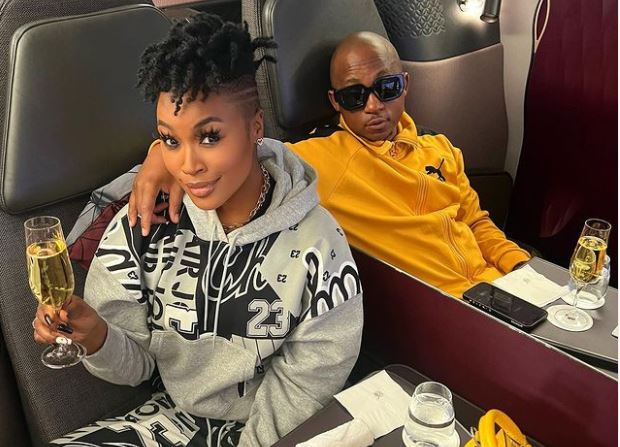 Lamiez Holworthy likes to do her things big or with a unique theme as her style in itself is unique and not like most celebrities. This was encompassed in her birthday party yesterday as she celebrated her big day with family and friends. The DJ decided to share the events of the day through her Instagram posts and stories.

Lamiez Holworthy was celebrating 30 years of age yesterday and in her post where she announced that it was her birthday, she wrote a quote about princesses and warriors. In the post, she called herself both princess and warrior and was dressed like a traditional warrior.

As the day progressed, Lamiez shared that they were holding a party for the DJ and they went all out. The party was held with a handful of friends and family who were enjoying with the birthday girl.

Like the unique person that DJ Lamiez Holworthy is her theme was also different from most themes. She had her warrior spirit as a theme for her party and her guest dressed accordingly which turned out beautiful. Holworthy dressed up as Pocahontas which was befitting as she had called herself a princess and a warrior in her earlier post.

The decorations had black and white balloons that complimented a black chariot and a black carpet. Food and drinks were flowing and by the end of the day when people were dancing the birthday girl was obviously drunk. She was dancing and singing along and in her captions, she denied knowing herself as her behaviour was funny.